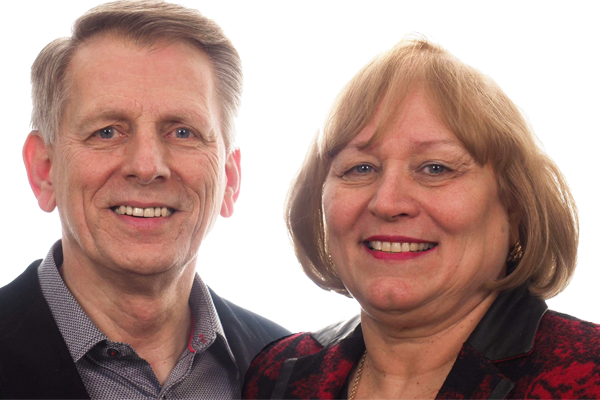 John & Georgette are pastors and founders of the Levenskracht Church.

After they planted their first church in Canada and served there for several years, the Lord called them and their family to Germany, where they co-pastored for 20 years with a work that grew from 60 to over a thousand members....

During this time, they also served an interim year in in northern Florida, USA.

In 2008 they felt led to start serving in the Netherlands. A few years later they received a clear word from the Lord to set up a new work in Tilburg, known as the Levenskracht church.

John is known for his accurate and proven prophetic words that help set individuals, churches, cities and nations free in their divine calling.
He speaks on a regular basis throughout the Netherlands, but also in Austria and Suriname.

Georgette has more than 30 years of experience in her ministry as a pastoral counselor. She is an anointed teacher with a heart for seeing people healed in body, soul and spirit. Her ministry takes place through the “Beauty for Ashes” course that she developed.